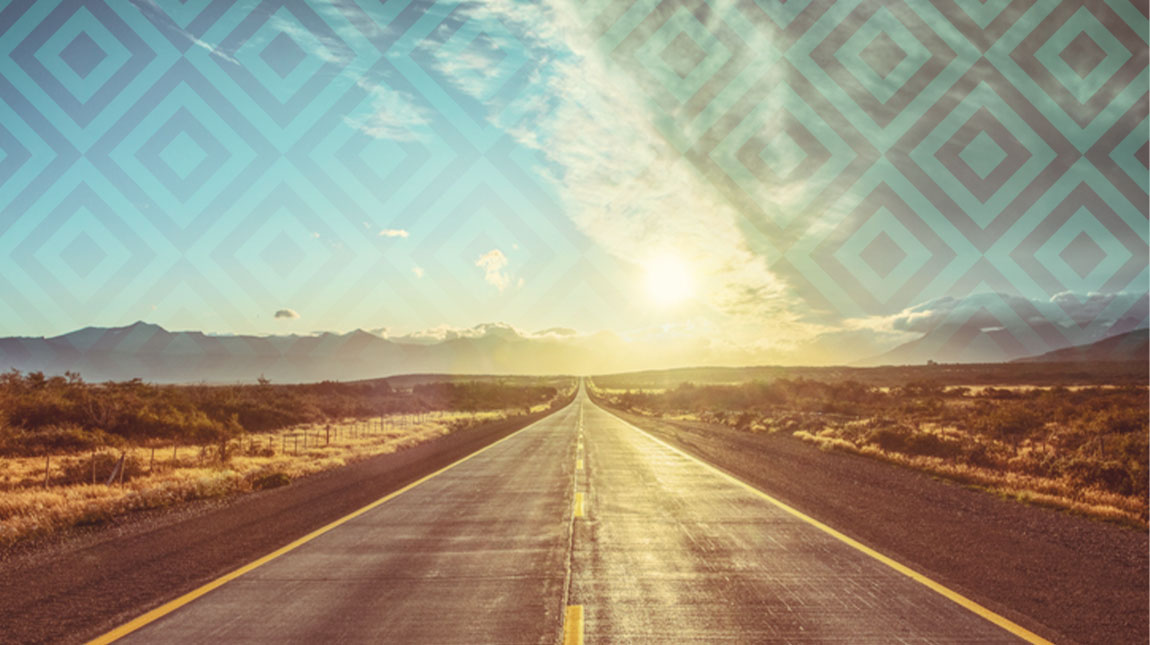 The Untapped Group on Campus

Every campus is populated with a group of students who are tremendous influencers and possess leadership qualities. They have untapped potential to impact lives for God’s kingdom, not only on campus, but in the world! They are filled with drive, determination, and social skills that are inherently part of their culture. They have the heart to succeed, but lack direction and purpose. They are missing the key ingredient: they don’t have a relationship with Christ! So who is this untapped group on campus? It’s those in the Greek system.

I became a follower of Christ my freshman year of college after a student leader named Sloan shared the gospel with me. He was pledging a fraternity with the vision of reaching the Greeks. During my second semester, I decided to team up with Sloan to share Christ with the Greeks, and joined the same fraternity. We saw the Greeks on campus as a field ripe for the harvest, and we got to see people get saved during our time there.

Naturally, there is a tendency to overlook the frat bros and sorority girls with your outreach. I get it! The social status, surface level intimidation, and all of their weekend “activities” can make us hesitant to even hand them a flier. What do you have to lose if you are rejected by a few students in greek letters? What do they lose if no one shares Christ with them? Everything!

We should not only have a burdened heart for these students, but be dependent on God and do whatever it takes to reach them. Here are three reasons why your ministry should not overlook the Greeks:

1. They are major influencers in their community.

Whether the chapter has a population of 10 or 200, they are men or women who have influence in the community, whose actions have positive and negative effects on their peers. In his book Developing the Leader Within You 2.0, John Maxwell says,  “you can discover the prominent leader of any group. Titles and positions don’t matter. Just watch the people as they gather.” If you were to step inside a chapter meeting, you could probably pick out the students that the others listen to. The easiest person to identify as an influencer is the president. They are liable for the entire chapter and it’s highly likely that they are liked and were elected by their peers.

We don’t have to look far to see where these influential Greeks might end up. All but two US presidents and two Vice Presidents since the first social fraternity in 1825 were Greek. 43 of the nation’s 50 largest corporations are headed by men who were in fraternities. Additionally, 85% of CEOs of Fortune 500 companies were involved in Greek life! There is a good chance that a Greek on your campus will be successful or even famous! The plethora of influence is a direct pipeline to impact others.

2. They have an inherent trust in each other.

Many people are aware of the exclusive nature surrounding Greek life. There is a long and intricate process to become a member, they have their own apparel and retreats, and their activities as a group tend to be secretive to outsiders. In many ways they are like an unreached people group. However, there is an extraordinary amount of trust built up in inner circles, close-knit pledge classes, and retreats. When I was active in my fraternity, my brothers would open up about heartbreaking struggles and felt comfortable enough to share with 65 other men things that they may keep private even from their own families. If you led an influential person, such as the president of a fraternity, to Christ, they could be able to reach everyone else with the gospel in a way that you may never be able to, since they would be sharing in this arena of trust.

3.They have a large social sphere.

The typical greek is involved in their chapter, intramurals, academics, and internships. They’ll also participate in service events, socials, formals, philanthropy events, fundraisers, and the night life. I have found that a lot of Greeks are involved with other clubs on campus as well. Their network never seems to end! During my freshman year, nearly every guy on my dormitory floor pledged Pi Kappa Alpha. All of these guys were social, worked out, and played basketball and flag football. Additionally, they held leadership positions in their fraternity. One of them was their chapter president for a year. When our ministry does spiritual life surveys, I always have a radar up for students wearing letters. I ask them how long they have been in their organization and tell them I was in Alpha Sig. Find that common ground, you may be surprised how far a personal conversation can go!

These Greeks are arguably the most strategic group on campus to bring the gospel to. Their influence, network, and exclusivity can be an igniting fire to reach not only the entire university, but the world. Imagine the impact they will have if the vision of their life was to bring glory to God by making disciples for the rest of their lives!

Reaching the Greek community is a great investment for your ministry, it can also be very daunting and risky. In our staff, we even had some hesitation about our current method. However, we came to the conclusion that the only method that would be bad would be to sit back and do nothing. I want to share with you what has really worked in our outreach to the Greeks at Chico State.

Since 2018 we have mobilized our students into the Greek houses as full-fledged members. It is not impossible to reach the Greeks from the outside, but I have found that the most strategic method is to become one of them. Like what Paul says in 1 Corinthians 9:22, “I have become all things to all people so that by all possible means I might save some.” Much like global mission mobilization, we send our students to the unreached and untapped group on campus. 12 students have taken steps of faith by entering the unknown to plant Bible studies and share the gospel within five different houses. In our first year, we laid the groundwork by sending students in and we immediately saw results! They were having spiritual conversations and sharing the gospel with their peers. It was working! The Greeks were being exposed to Christians who were truly living out their faith and sharing Christ with them.

We have seen a lot of momentum on our campus in this past school year alone through Bible studies that take place in the Greek houses! Danielle (Alpha Chi) had 11 ladies come to her first sorority Bible study and followed up with each person who went by sharing the gospel with them! Sarah and Sophia (Alpha Gamma Delta) had weekly Bible studies where a new girl showed up every week. The ladies were diligent with following up to talk about the gospel with everyone who attended.

The leadership in the Greek houses have been positively responding to our Bible studies as well. We have had chapter presidents and other influencers who not only attended, but would give “shout outs” to our leaders for starting a Bible study in front of the entire chapter! They’re literally promoting the Bible studies and inviting their members without being encouraged to do so! 19 students made professions of faith and our students had 50 Gospel Appointments this past school year! This is not counting the number of spiritual or gospel conversations that happened. By using the culture of exclusivity to our advantage, we have seen God transform lives in one of the most untouched groups on campus.

Sending your students into the fraternities and sororities really sets them up for success in college ministry. You’ve given them a target group of people to share with, and you’re developing in them a life-long perspective of being willing to do whatever it takes to make disciples. Think about the student leaders in your ministry and ask God if it would be wise to send them into the Greek system. Here are some questions to help you reflect:

We would not be sending in a student if we didn’t think they could handle the pull between ministry and Greek life. Sending them in will take sacrifice, but we’re called to “go and make disciples,” not crawl into the Christian bunker! I love what J.D. Greear says in his book Gaining by Losing: “The call to follow him is the call to be sent and to send.”

As you send out students, I would advise you to send them out in pairs, just as Jesus did (Mark 6:7). There is more accountability and encouragement, and it is less likely one would succumb to the Greek culture. The last thing we want is for one of our best students to be swept away from “the desires of other things” (Mark 4:19). A simple outline of sending students in would be as follows:

Greeks are one of the most influential, yet overlooked groups of students on campus, and many ministries are tempted to focus their attention on others. But through God’s power you can reach into the community and see God move! A verse that has fueled my drive to reach all of the fraternities and sororities is Romans 10:14-15: “How, then, can they call on the one they have not believed in? And how can they believe in the one of whom they have not heard? And how can they hear without someone preaching to them? And how can anyone preach unless they are sent? As it is written: “How beautiful are the feet of those who bring good news!” I pray that it fuels your drive as well, and that you will begin to take the necessary steps to reaching one of the groups on campus who have highest potential! I am praying that God will use the Greeks on your campus to be spent for reaching the unreached people groups of the world.

Ryan Leong committed his life to Christ his freshman year in 2014 at CSU Chico through the college ministry Christian Challenge. He was an active brother in Alpha Sigma Phi Fraternity for 3 ½ years. Ryan has been on staff with Challenge CSUC since 2018 and started a club on campus known as Greek Legacy. Greek Legacy is a faith resource and outreach initiative to those involved in Greek Life. Ryan has successfully mobilized student leaders from Christian Challenge to become members of fraternities and sororities to plant Bible studies, make disciples, and to pursue spiritually multiplication for Christ.